Bacardi, the largest privately-held spirits company in the world, has expanded its portfolio of super-premium rums with the acquisition of Banks rum… 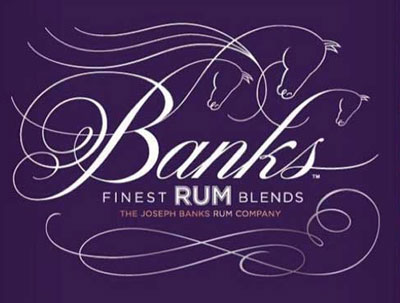 Family-owned Bacardi, the largest privately-held spirits company in the world, has expanded its portfolio of super-premium rums with the acquisition of Banks rum. Created by Founder and Master Blender Arnaud de Trabuc, and inspired by the travels and discoveries of legendary 18th-century British explorer and botanist Sir Joseph Banks, Banks is blended according to a secret formula developed by blending rums from up to seven different origins including Trinidad, Jamaica, Guyana, Barbados, Panama, Guatemala and Java. The final blends are aged in previously used bourbon barrels.

Founded 153 years ago in Santiago de Cuba in 1862, family-owned Bacardi manufactures its brands at 29 facilities and sells in more than 160 countries. The Bacardi brand portfolio contains more than 200 brands and labels.

To find out more about Banks rum, please visit www.banksrum.com.