Researchers have pinpointed the gene that controls soybean seed permeability, a finding that could be used to develop better varieties for tropical regions… 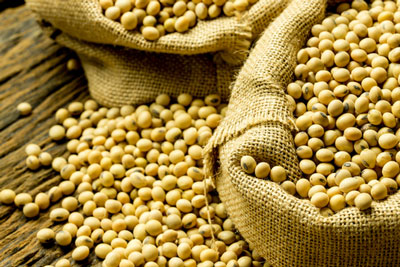 Researchers have pinpointed the gene that controls whether soybean seed coats are hard or permeable, a finding that could be used to develop better varieties for southern and tropical regions, enrich the crop’s genetic diversity and boost the nutritional value of soybeans. Jianxin Ma, Associate Professor of Agronomy at Purdue University, and fellow researchers found that a mutation in the gene GmHs1-1 causes the tough seed coats of wild soybeans to become permeable. Farmers selected that trait about 5,000 years ago in a key step to domesticating soybeans from their hard-seeded relative Glycine soja.

The gene could be modified to produce improved varieties for growing regions in which seed permeability can be a handicap. GmHs1-1 is also associated with the calcium content of soybeans, offering a genetic target for enhancing the nutrition of soy food products.

Understanding the mechanism that determines seed permeability could also give researchers better access to the largely untapped genetic diversity of wild soybeans to enrich cultivated varieties, whose lack of genetic richness has curbed improvements in yields.

“This is the first gene associated with hard seededness to be identified in any plant species,” Ma said. “This discovery could help us quickly pinpoint genes that control this trait in many other plants. We’re also excited about the potential applications for modifying the calcium concentration in seed coats. This could be transformative as we identify similar genes that control calcium levels in other legumes.”

Hard seededness enables the long-term survival of many wild plant species by protecting seeds in severe conditions and inhospitable environments, allowing them to remain dormant until conditions are right for germination. Encased in a water- and airtight coat, seeds can remain viable for extended periods of time, in some cases, more than 100 years.

But the hard skin that lends wild seeds their resilience is a problem in agricultural production. It prevents seeds from germinating quickly and in a uniform, predictable pattern. Wild soybean seeds take from several weeks to months to germinate whereas cultivated soybean seeds can begin absorbing water in 15 minutes.

The genetic factors underpinning seed coat permeability remained a mystery until Ma and his team used a map-based cloning approach to hone in on GmHs1-1 as the gene responsible for hard seededness.

The team found that a mutation in a single pair of nucleotides in the gene causes seed coat permeability – that is, a change in one pair out of the approximately 1 billion base pairs that make up the soybean genome.

“We finally understand the genetic change that allowed the domestication of soybeans,” he said. “When we make this kind of discovery, we’re always very excited.”

Ma said modifying the gene could produce hardier seeds for the southern U.S. and the tropics, regions in which the soft coats of cultivated soybeans reduce their viability shortly after harvest.

The discovery could also help researchers improve the cooking quality of soybeans and other legumes, such as the common bean, whose varying levels of hard seededness make consistent quality difficult to achieve.

The team’s next goal is to identify genes that interact with GmHs1-1 and understand how they work together to control calcium and possibly other mineral content.

The study findings are published in Nature Genetics.