Of the 84.6% of DOC Kaas members who turned out to vote at their general assembly on Thursday 21 May, 95.3% voted in favour of a merger with the DMK Group… 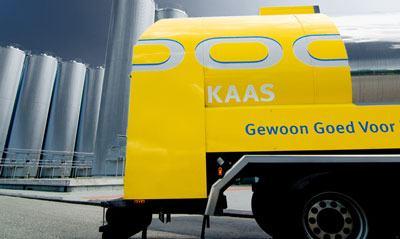 The members of DOC Kaas voted on Thursday 21 May in favour of a merger with the DMK Group. 84.6% of the members with voting rights were present and ready to vote at the general assembly in Zwolle. Of these, 95.3% voted in favour of the merger proposal, which had been put forward on 19 March of this year.

“We are pleased that so many members also view a corporate merger with DMK as the best option for implementing the goals of DOC Kaas both in the short and long term: a competitive, stable milk price, continuity and a purchase guarantee”, said Arjan Schimmel, DOC Kaas’s Board Chairman. “This positive result shows that the members have confidence in the proposed merger process with the DMK Group, whose main aim is the rapid implementation of the strategies we are pursuing.”

At the end of the general assembly, Arjan Schimmel invited the members who had voted against the merger proposal to discuss the issue with the management and the board. “We also want to carry on having them as members.”

The corporate merger provides for the ongoing existence of the DOC Kaas B.A. cooperative, which will retain its name and its identity. The company DOC Kaas B.V. will become a subsidiary of DMK. The cooperative DOC Kaas will have a say in the merged company thanks to its shares in the DMK Group. It will become a member of the supervisory board of DMK and will be represented by two members in the shareholders’ assembly. The members of DOC Kaas will remain members of the cooperative DOC Kaas. The cooperative will deliver all the milk it produces to DMK, who will pay it the same milk price as it pays to its own members and/or milk producers.

The representatives of the DMK members had already discussed the fusion proposal when they met on 18 and 19 May. They were in agreement with it, which led to the shareholders’ assembly and supervisory board of the DMK GmbH unanimously voting for the merger proposal.

Dr Josef Schwaiger, CEO of the DMK Group, is delighted with the positive result, “I am very happy with the trust shown by the DOC farmers and committees in the merger that we have been aiming for and it strengthens our resolve to continue down this road with success on behalf of the farmers and their families.” All the decisions that have been made are subject to the approval of the responsible cartel authorities. In addition, the employees’ council of DOC Kaas still has to deliver its opinion on the proposed merger with the DMK Group.

The process is expected to conclude by the end of 2015 and the merger between DOC Kaas and the DMK Group will be effective from 1 January 2016.