ADM is investing in substantial expansions to its port facilities in Puerto San Martin, enhancing the Company’s capability to export grain from the region… 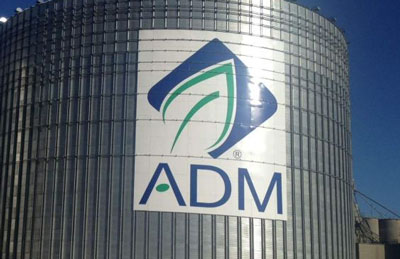 Archer Daniels Midland Company (ADM) is investing in substantial improvements and expansions to its port facilities in Puerto San Martin in the Argentine state of Santa Fe, enhancing the Company’s capability to export grain and other agricultural products from the region. The improvements, which will include the construction of a new berth for barge discharge and the addition of storage capacity, are expected to be complete by early 2016.

“From acquiring full ownership of our Black Sea terminals, to quadrupling the capacity at our port in northern Brazil, to this enhancement of our capabilities in Argentina, we are executing on our plan to diversify and expand our trade and origination territory,” said Joe Taets, president of ADM’s Agricultural Services business unit.

The improvements will increase the annual capacity of the export facilities in Puerto San Martin by 25%, allowing ADM to reduce its reliance on third-party facilities, which today are limiting the Company’s ability to export increasing volumes from Paraguay. The expansion will also allow ADM to move a higher volume of products through its seamless, fully-owned network, helping the company to deliver on its goal of providing customers with an identity-preserved supply chain from origination to processing.

“The improved Puerto San Martin facility, along with our export elevator just downriver in Arroyo Seco and our deep water port at Bahia Blanca, will have a total annual throughput capacity of 7.5 million tons, giving us the ability to take full advantage of expanding agricultural production in Paraguay and Argentina,” continued Taets.

The Argentina expansion comes on the heels of ADM’s announcement earlier this month that it is acquiring complete ownership of North Star Shipping and Minmetal, enhancing the company’s European origination and transportation network through the addition of export facilities at the Romanian Port of Constanta on the Black Sea. And in February, ADM reached an agreement to sell to Glencore plc a 50% stake in its export terminal in Barcarena, in the northern Brazilian state of Pará, and to quadruple the terminal’s capacity.