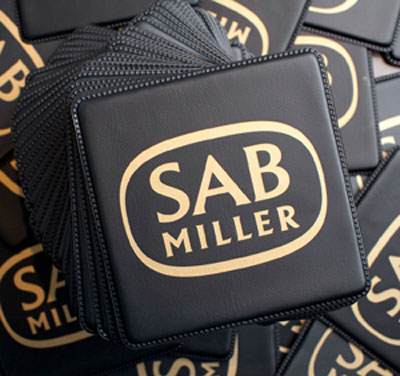 The acquisition of Meantime Brewing Company gives SABMiller an entry point into the fastest-growing segment of the UK beer market – craft beers – and complements its imported super-premium lagers such as Peroni Nastro Azzurro and Pilsner Urquell.

Meantime Brewing Company was established in 1999 by Brew Master, Alastair Hook, with a brewery in Greenwich, London. The business has since created a successful range of British and international beer styles.

Sue Clark, Managing Director, SABMiller Europe, said, “Meantime has been at the forefront of the modern craft beer movement in the UK and brews an outstanding range of beers across a variety of styles. At SABMiller we love local variety, and carefully nurture our 200 local and heritage beers. Meantime, born in a city with a rich beer heritage, will be a special new addition to the SABMiller family.

“Nick Miller, Alastair Hook and their team have built a strong sense of pride and identity within Meantime, which has an excellent reputation for brewing consistently high quality beers and for industry-leading innovation. This expertise will boost our strategy to develop beers that appeal to more people, including women, and which can be attractive alternatives to wine and spirits.”

Nick Miller, CEO, Meantime Brewing Company, said: “I can say from personal experience, that SABMiller is a great company to be joining forces with. They see the opportunity, and believe in the longevity, of modern craft beer in the UK.

“SABMiller shares our passion for putting great beer first, and making, selling and marketing it responsibly to beer aficionados worldwide. The team at SABMiller have stressed how important our culture is to our success to date, and have a strong track record in retaining the special identities and heritage of the local businesses they’ve bought in the past.

“We are all excited about the opportunity to continue growing Meantime. We are also thrilled and flattered that SABMiller has given us a remit to innovate. This is a massive compliment and acknowledges our position as pioneers in modern craft beer.”

Volumes of beer sales at Meantime Brewing Company grew by 58% in 2014, outpacing the UK beer market’s 1% growth during the same period and making it one of the top-performing modern craft breweries in the UK.

The acquisition includes Meantime’s retail sites, including the Tasting Rooms and the brewery shop in Greenwich, the Greenwich Union pub, pop-up Beerbox pub, and the Brewery Fresh tank beer concept, which is now in 26 pubs across London, complementing SABMiller’s Pilsner Urquell unpasteurised tank beer in a further four London pubs.

The acquisition is expected to complete in early June 2015.