The British Soft Drinks Association (BSDA) has announced that Peter Harding, COO of Lucozade Ribena Suntory, has been appointed President… 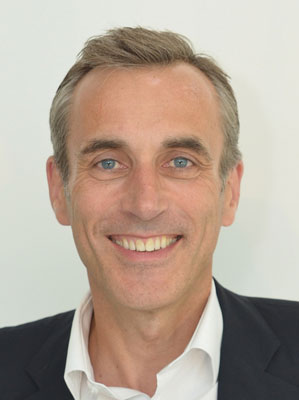 The British Soft Drinks Association (BSDA) has announced that Peter Harding, Chief Operating Officer of Lucozade Ribena Suntory (LRS), has been appointed President of the Association. Following his role as Vice-President, Mr Harding was elected at the April 2015 AGM by his contemporaries in the soft drinks industry.

Mr Harding joined GlaxoSmithKline (GSK) in 1998 as VP, Marketing for Nutritional Healthcare where – among other achievements – he laid the foundations for doubling the size of Lucozade in the UK. In 2003 he moved to Dublin as General Manager of Consumer Healthcare Ireland and also chaired the Ireland Nutritional Health Foundation.

In 2010 he became General Manager of GSK’s Consumer and Nutritional Healthcare business in the UK and Ireland and oversaw the successful transition of the Lucozade and Ribena brands to new owners Suntory on 2013.

Speaking at the AGM, Peter Harding said:  “I am delighted to take up my new role as President and be able to build on the excellent work of the BSDA delivered under my predecessor Dave Wallwork. The soft drinks industry plays a crucial part in the lives of our consumers and the nation’s economy and that role comes with responsibility.

“During my tenure BSDA and its members will remain committed to working with consumers, Government and our industry to ensure we continue to make a positive contribution to the health and wellbeing of the public and to the economy as a whole.”

Gavin Partington, BSDA Director General, said: “It’s good news for the industry to have prominent figures from two of the UK’s biggest brands leading the work of our Association.  We’re confident Peter and Leendert’s experience and guidance will strengthen the work we’re doing on behalf of member companies.”