Tyson Foods has announced that it is taking steps to eliminate the use of human antibiotics from its U.S. chicken flocks by the end of September 2017… 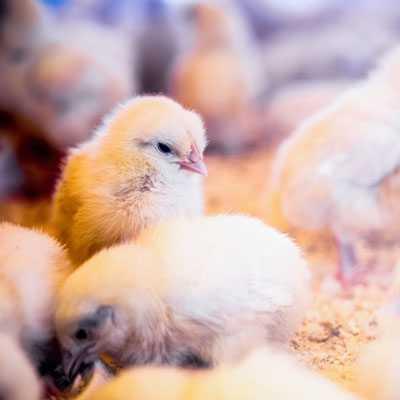 Tyson Foods has announced that it is taking steps to eliminate the use of human antibiotics from its U.S. chicken flocks by the end of September 2017. The company will report annually on its progress, beginning with its fiscal 2015 Sustainability Report. Tyson Foods has already stopped using all antibiotics in its 35 hatcheries where chickens are raised for human consumption, requires a veterinary prescription for antibiotics used on chicken farms and has reduced human antibiotics used to treat chickens by more than 80%since 2011.

“Antibiotic resistant infections are a global health concern,” said Donnie Smith, president and CEO of Tyson Foods. “We’re confident our meat and poultry products are safe, but want to do our part to responsibly reduce human antibiotics on the farm so these medicines can continue working when they’re needed to treat illness.

“Given the progress we’ve already made reducing antibiotics in our [chickens], we believe it’s realistic to shoot for zero by the end of our 2017 fiscal year. But we won’t jeopardise animal well-being just to get there. We’ll use the best available treatments to keep our chickens healthy, under veterinary supervision.”

Tyson Foods is also forming working groups with independent farmers and others in the Company’s beef, pork and turkey supply chains to discuss ways to reduce the use of human antibiotics on cattle, hog and turkey farms. Those groups will begin meeting this summer.

Tyson Foods’ international business is committed to taking similar measures on antibiotic use in its global chicken operations but has not set a timeframe.

Tyson Foods plans to work with food industry, government, veterinary, public health and academic communities, and provide funding, to accelerate research into disease prevention and antibiotic alternatives on the farm. The company is also getting input from its Animal Well-Being Advisory Panel, which is made up of independent advisors.

“One of our core values is to serve as responsible stewards of animals – we will not let sick animals suffer,” Smith said. “We believe it’s our responsibility to help drive action towards sustainable solutions to this challenge by working with our chicken, turkey, beef and pork supply chains.”