Kraft Foods Group, which is merging with H. J. Heinz Holding Corporation, has announced financial results for the first quarter of 2015… 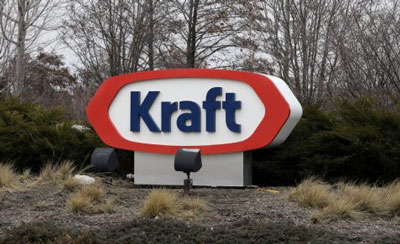 Kraft Foods Group, which is merging with H. J. Heinz Holding Corporation, has announced financial results for the first quarter of 2015. The results reflected the impact of significant pricing actions taken by Kraft over the past year as well as a favourable shift in Easter-related shipments versus the prior year.

“Our first quarter results reflected a solid start to 2015,” said Kraft Chairman and CEO, John T. Cahill.  “We’ve stepped up our focus on execution, our pricing actions over the past year are coming through, and we’re benefiting from a disciplined approach to marketing.  There is clearly more work ahead of us, but we will continue to build on this momentum to delight our consumers and customers, and prepare us for the next chapter ahead.”

Kraft’s net revenues were down 0.2% including a negative impact from currency.  Organic Net Revenues were up 1.1% driven by a 1.2 percentage point increase from the carryover impact of price increases in previous quarters. Gains came from the successful launch of McCafé coffee and growth in Exports.

Kraft’s operating income was $740 million. These results included $38 million in spending on cost saving initiatives, $17 million in costs related to the proposed merger with H.J. Heinz Holding Corporation and $2 million in unrealised gains from hedging activities. Excluding the impact of these factors in both years, Kraft’s operating income grew at a mid-single-digit rate and EPS grew at a high single-digit rate. This was primarily driven by a planned reduction in advertising and consumer spending as well as lower overhead costs.

Kraft’s Beverage sales grew by 4.2%, helped by the launch of McCafé coffee

In Kraft’s Cheese segment, net revenues of $1,020 million increased 1.3%, driven by the carryover impact of price increases in previous quarters as well as the timing of Easter-related shipments and the ongoing success of last year’s Philadelphia soft cream cheese reinvention.

Kraft’s Refrigerating Meals had net revenues of $833 million and an operating income growth of 1.0%.

Net revenues in Kraft’s Meals & Desserts segment declined by 2.0% to $488 million due to a category decline in both the meals and desserts categories, market share losses in desserts, and increased promotional activity versus the prior year. Operating income in this sector decreased 7.0%.