EFSA has completed a major update of its Food Consumption Database, which now includes dietary records from nearly 100,000 people in 23 EU Member States… 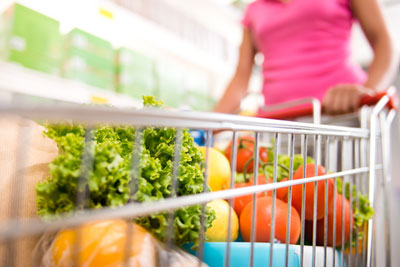 Food consumption data collected by EFSA play a key role in the evaluation of risks related to possible hazards in food. Combined with data on levels of chemical occurrence or the presence of biological agents in food – also collected by EFSA and its partners – they enable risk assessors to calculate consumers’ exposure to such hazards.

The newly added data improve coverage of all population groups. Six countries have now provided data for infants, a group for which coverage was previously weak. The number of countries submitting data on children (3-10 years) and adolescents (10-18) has also risen, from 14 to 19 and 12 to 19 respectively. And the number submitting data on the elderly has risen dramatically from 9 to 15, or around 60%. For the adult population, data from more recent surveys has been provided by six Member States.

Davide Arcella, who leads EFSA’s exposure assessment team, said: “The addition of these new surveys boosts EFSA’s data power considerably. It gives us access to more data from a wider range of EU Member States, and, combined with our more refined classification system, will enable us to carry out better, more sophisticated exposure assessments.”

The latest round of data was collected using an upgraded version of EFSA’s food classification and description system, FoodEx2, which enables more precise reporting of consumption patterns.

Mr Arcella added: “As well as being more complex, the new classification system takes account of new or emerging trends. Energy drinks, for example, were not common 10 or 15 years ago but now they are consumed widely, and there is a category reflecting this in FoodEx2 that was not present in FoodEx1.”

The new data have already been used in the preparatory work for EFSA’s risk assessment of caffeine. They were also used for the exposure assessment in EFSA’s Scientific Opinion on acrylamide, which will be finalised this year, and for the ongoing work on dietary reference values for vitamins and minerals.

The upgrade to the Food Consumption Database is the latest step in EFSA’s goal of creating a pool of food consumption data that allows for direct country-to-country comparisons and the identification of pan-European trends. A major pillar of this strategy is EFSA’s EU Menu project, which aims to harmonise collection methodologies across the EU.