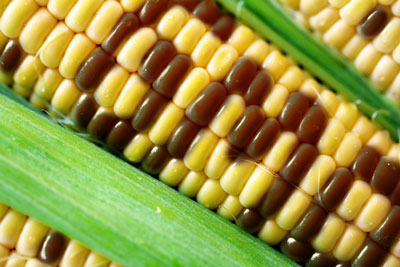 A team of Belgian philosophers and plant biotechnologists have turned to cognitive science to explain why opposition to genetically modified organisms (GMOs) has become so widespread, despite positive contributions GM crops have made to sustainable agriculture. In a paper published in Trends in Plant Science, they argue that the human mind is highly susceptible to the negative and often emotional representations put out by opponents of GMOs. The researchers urge the general public to form opinions on GMOs on a case-by-case basis, thereby not focusing on the technology but on the resulting product.

“The popularity and typical features of the opposition to GMOs can be explained in terms of underlying cognitive processes. Anti-GMO messages strongly appeal to particular intuitions and emotions,” says lead author Stefaan Blancke, a philosopher with the Ghent University Department of Philosophy and Moral Sciences. “Negative representations of GMOs–for instance, like claims that GMOs cause diseases and contaminate the environment–tap into our feelings of disgust and this sticks to the mind. These emotions are very difficult to counter, in particular because the science of GMOs is complex to communicate.”

Examples of anti-GMO sentiment are present around the world–from the suspension of an approved genetically modified eggplant in India to the strict regulations on GM crops in Europe. Contributing to this public opposition, the researchers suspect, is a lack of scientific understanding of genetics (not even half of the respondents in a US survey rejected the claim that a fish gene introduced into a tomato would give it a fishy taste) as well as moral objections to scientists “playing God.”

“Anti-GMO arguments tap into our intuitions that all organisms have an unobservable immutable core, an essence, and that things in the natural world exist or happen for a purpose,” Blancke explains “This reasoning of course conflicts with evolutionary theory–the idea that in evolution one species can change into another. It also makes us very susceptible to the idea that nature is a force that has a purpose or even intentions that we shouldn’t’ meddle with.” While religious beliefs, particularly those that hold a romantic view of nature, have been accused of generating some of the negativity around GMOs, Blancke and his co-authors argue that there’s more to the story. Using ideas from the cognitive sciences, evolutionary psychology, and cultural attraction theory, they propose that it is more a matter of messages competing for attention–in which environmental groups are simply much better at influencing people’s gut feelings about GMOs than the scientific community.

“For a very long time people have only been hearing one side,” Blancke says. “Scientists aren’t generally involved with the public understanding of GMOs, not to mention the science of GMOs is highly counterintuitive and therefore difficult to convey to a lay audience–so they have been at a disadvantage form the start.”

The researchers believe that understanding why people are against GMOs is the first step toward identifying ways to counteract negative messages. Blancke and co-author Geert De Jaeger, a plant biotechnologist, started in their community by developing a public lecture to dispel myths about GMOs. They urge others to build science education programs that can help balance out anti-GMO campaigns.

“We want to bring the two sides more together,” Blancke says. “You cannot say every GMO is bad. You have to look at each case separately to make a judgement.”