A report carried out by Property Inspect has revealed the most unhygienic fast-food chains in each US state.

By analysing more than 6,000 food poisoning reports on IWasPoisoned.com from this year alone, the hospitality inspection company has produced a map that highlights which fast-food restaurants appear to be a cause for food safety concern across the US. 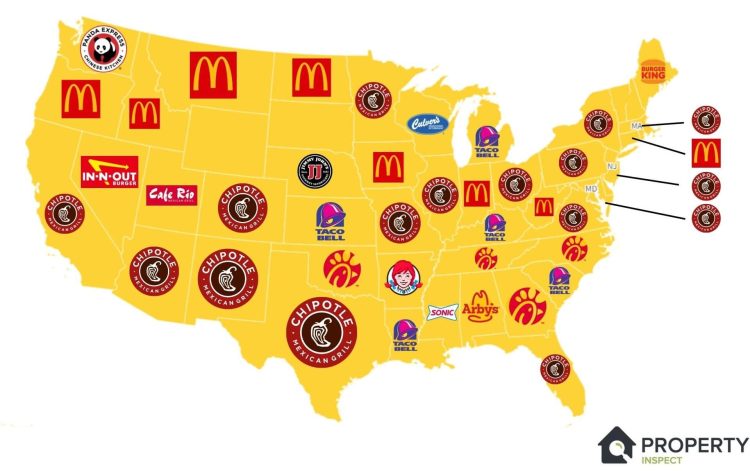 It is worth noting that IWasPosioned.com is based on self-reporting, which isn’t always reliable. However, Property Inspect believes the data gives it an understanding of the perceived effects of food poisoning reports as opposed to official reports form individual brands. Moreover, this website has previously been the basis for formal investigation following high levels of complaints.

What is food poisoning?

According to the US Food and Drug Administration (FDA), foodborne illnesses (or food poisoning, as it is commonly referred to) occur when people consume food or drink that has been contaminated with pathogens, chemicals or toxins.

Although the US food supply is reportedly among the safest in the world, the federal government estimates that there are about 48 million cases of foodborne illnesses each year, which is equivalent to one in six Americans becoming sick from contaminated food.