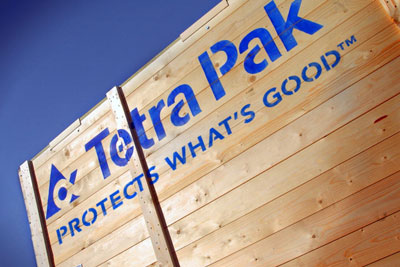 “Against the backdrop of a tough year, with slower packaging material growth than originally expected, we saw clear evidence that our business strategy is working. Capital Equipment sales reached almost €2 billion and Technical Sales topped €1 billion for the first time in the company’s history. Our processing business closed the year with a record high order backlog, up 20 per cent compared with the end of 2013. And we saw a significant increase in sales of our advanced packing formats: 7.1 billion more packs reached the shelves in 2014 than in 2013, offering customers optimal functionality and differentiation,” Tetra Pak President and CEO Dennis Jönsson commented.

The company also reaped benefit from the 2013 acquisition of Danish filtration technology specialist, DSS Silkesborg, whose expertise and reputation played a key role in securing the largest Processing order in Tetra Pak’s history, a dairy and whey powder plant in Germany. ​

“2015 will undoubtedly be another demanding year, but we are confident that our strategic direction will continue to strengthen our market position and bring us further success in both Packaging and Processing. Our focus, as always, will be on creating customer value, through continuous innovation and by helping to ensure customers are well-placed to capitalise on the many opportunities we see on their horizons,” concluded Jönsson.​

To find out more about TetraPak, please visit www.tetrapak.com.