Posted: 25 February 2015 | Department for Environment, Food and Rural Affairs | No comments yet

The country’s 50 most promising food and drink entrepreneurs are to be recognised as Food Stars for their contribution to the UK’s growing economy, Environment Secretary Elizabeth Truss said… 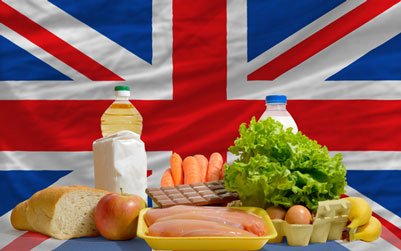 RECORD: Dairy was one of the biggest success stories of 2017 The country’s 50 most promising food and drink entrepreneurs are to be recognised as Food Stars for their contribution to the UK’s growing economy, Environment Secretary Elizabeth Truss said.

The revival of UK food and drink has seen a new generation of entrepreneurs emerge, whose innovative ideas and can-do attitude are creating jobs in local communities and contributing to the record £103 billion generated by the food chain last year.

Leading figures in retail and food—including Justin King, former CEO of Sainsbury’s, and Dame Fiona Kendrick, CEO of Nestle UK and Ireland—will launch the Food Star scheme to help the winners grow their businesses and get more of their produce on supermarket shelves and dinner tables in the UK and across the world.

The first initiative of its kind, Food Stars is part of a wider government drive to inspire entrepreneurial activity across the UK as part of our long-term economic plan.

“We are a nation of firsts; we invented self-raising flour and introduced the first modern chocolate bar. As a country we’ve always been a place where sparky entrepreneurs come up with great innovations in food and drink, people with the ambition to grow and take on the world.

“Now is the time to celebrate that success which is helping grow our economy – that is why we’ve created Food Stars to recognise the bright innovators of today and support them to become the major players of tomorrow.

“From chutney made from fruit and veg that would otherwise be thrown away, to chorizo made from British pigs in Yorkshire, our 50 Food Stars truly represent the best of British and demonstrate the creativity and determination in which this country takes pride.

“Our Food Stars show if you want to see a vision for Britain’s bright economic future, look no further than the UK’s food and drink industry.”

“These are exciting times for the UK food and drink industry, as British brands have never been stronger worldwide. Now is the time to take advantage of the opportunity to create some world-class products that will compete on an international level and create jobs and growth for the UK in the process.”

Food and farming remains the biggest manufacturing sector in Britain, employing 1 in 8 people. There is no better time to join the growing number of innovators in food and drink – in 2013 entrepreneurs set up 30,000 new food and drink businesses generating thousands of jobs in the sector.

The industry’s continual innovation is bringing 16,000 new products to the market each year—more than France and Germany combined. Our 50 Food Stars are helping to grow this sector even further.

Exports of UK food and drink are also booming with almost £19 billion worth shipped to more than 150 countries in 2013. Since 2010 the UK government has opened more than 600 new international markets supporting more businesses to sell their produce abroad.

Following Thursday’s launch, where the Food Stars will attend master classes on topics from exporting through to social media, they will receive a package of continued support from the Food and Drink Federation and Cranfield University over the next year. This includes a tailored information service and access to a range of events and development opportunities in agriculture and food, the environment, management and leadership.

By Department for Environment, Food and Rural Affairs