Board of Directors has initiated a search for replacement… 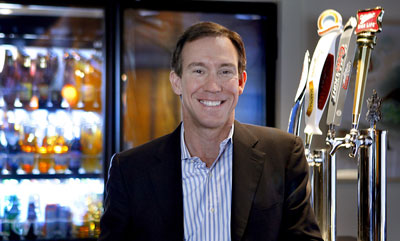 MillerCoors, the U.S. and Puerto Rican joint venture between SABMiller plc (LN:SAB; OTC:SABMRY) and Molson Coors Brewing Company (NYSE: TAP; TSX: TPX) announced that CEO Tom Long intends to retire from the company on June 30, 2015. The MillerCoors Board of Directors has accepted Tom’s decision and is conducting a search to identify a successor to lead MillerCoors through its next phase of growth and development.

“It has truly been the honor of my career to run MillerCoors. I have woken up every day excited to lead the company forward,” said Long. “I am leaving a company and a team, both of which are stronger than they have ever been. MillerCoors is in position to capitalize on the changing forces within the U.S. beer industry more decisively than ever and my team has the passion, conviction, creativity and business plan to win in the long term in this industry.”

“On behalf of the Board and all of the great people at MillerCoors, I want to personally thank Tom for his effective and energetic leadership of MillerCoors as its first president and chief commercial officer and more recently as chief executive officer since 2011,” said Pete Coors, chairman, MillerCoors Board of Directors. “His deep experience in the U.S. and global beverage business was a perfect fit for the challenging economic environment and rapidly changing industry dynamics we have faced over the past several years. Under Tom’s leadership, the company consistently delivered profit growth, pricing growth and cost savings, while dramatically improving capabilities in key areas like innovation, chain sales, revenue management, learning and development, and beer knowledge and appreciation. We wish Tom and his wife Elizabeth all the best in their future endeavors and will always regard them as special members of the MillerCoors family.”

Alan Clark, deputy chairman, MillerCoors Board of Directors said, “MillerCoors has a clear and disciplined strategy aimed at reinvigorating our flagship American-style light lagers, capturing new growth opportunities in the above premium segment, simplifying our economy portfolio, driving innovation and going to market with an independent three-tier system. While our strategies will always evolve to meet the opportunities and challenges of the marketplace, we don’t expect any major changes in direction. The Board will take the time necessary to conduct a thoughtful, disciplined and collaborative process aimed at selecting the best available talent to lead MillerCoors through its next phase of growth and development.”

Long, age 56, has led MillerCoors as CEO since 2011, having been president and chief commercial officer since the launch of the MillerCoors joint venture in 2008. He had been president and CEO of Miller Brewing Company since 2006, after joining Miller Brewing Company as chief marketing officer in 2005. Before joining Miller, he served as president of Coca-Cola’s Northwest Europe Division, which included Great Britain, Ireland, France, Belgium, Luxembourg and the Netherlands. Tom received his Bachelor of Arts from the University of North Carolina and a Master in Business Administration from Harvard Business School. Long serves on the Board of Directors for Wolverine Worldwide, is Vice Chair of the University of North Carolina at Chapel Hill Board of Visitors and trustee of the Boys and Girls Clubs of Milwaukee in addition to other civic duties.