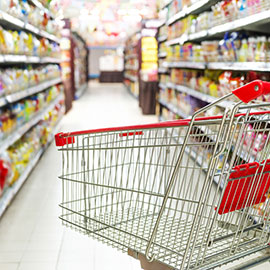 The Adjudicator will be able to impose penalties on the large supermarkets of up to 1% of their annual UK turnover, dependant on the seriousness of the breach. The GCA has published guidance on the principles that will be used to calculate the level of any fine.

These new measures will sit alongside existing powers to issue supermarkets with recommendations as to their future conduct, and to ‘name and shame’ those that have breached the Code.

The Code imposes on the supermarkets an over-arching principle of fair dealing with their direct suppliers; and includes, amongst other things, specific provisions governing terms of supply, timing of payments, marketing and promotional costs, and payments as a condition of being a supplier. The Code does not govern issues relating to pricing. “This important final step will give the Groceries Code Adjudicator the power it needs to address the most serious disputes between the large supermarkets and their direct suppliers.”

“I created the Groceries Code Adjudicator to ensure a fair deal for those who supply goods to supermarkets such as farmers and small businesses. I am pleased today to be giving the Adjudicator the final element in a set of powers that will give this new body all the tools it needs to succeed in this challenging and important role.”

The Groceries Code Adjudicator was created in 2013 to enforce the Groceries Supply Code of Practice that, since 2009, has governed the commercial relationships between the UK’s ten largest supermarkets and their direct suppliers of food, drinks, and a range of household products.