Mars, Incorporated announced that Jean-Christophe Flatin has been named to the role of President, Global Chocolate, Mars Incorporated, effective October 1, 2014… 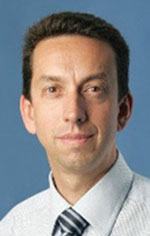 As the leader of the Global Chocolate business, with iconic brands like M&M’S®, SNICKERS®, DOVE®, GALAXY®, MARS®, MILKY WAY® and TWIX®, and a growing population of over 17,000 Associates, Jean-Christophe will be responsible for setting the global agenda for all aspects of this dynamic business. He will be a member of the Mars Leadership Team, reporting directly to the Office of the President.

“We are very pleased to have a leader of Jean-Christophe’s caliber at the helm of the global Chocolate business” said Reid. “Jean-Christophe’s proven leadership, strategic mind set and background in finance and general management will help continue the growth of this important segment within our business.”

He added, “It’s always fantastic when we live out our goal of promoting from within our own business. Appointments like this remind us of how fortunate we are to have such depth and diversity of talent within Mars.”

Since becoming President of Royal Canin in late 2007, Jean-Christophe has led his team to become one of the fastest-growing business units at Mars. Prior to that, Jean-Christophe has established an impressive record of leadership and collaboration through various roles with Mars over the past 22 years.