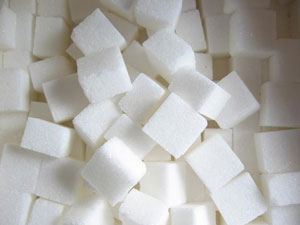 We express our profound concern about the decision of the European Parliament’s Agriculture Committee to prolong sugar and isoglucose production quotas until 2020 as part of the CAP reform.

The current EU law governing the sugar market states that sugar production quotas will expire in 2015. This should not change. Quota expiry is an integral part of the reform of the EU sugar regime agreed by the EU institutions and legally enacted in 2006.

Since the reform, sugar farmers have been fully integrated into the CAP income payments system and 6.2 billion Euros were made available to restructure the sugar sector. This has delivered improved efficiencies and increased beet yields in the EU. But the fundamental EU objectives of fair competition, security of supply and reasonable prices have not been met and cannot be met until the market distorting production quotas are abolished.

The quotas restrict EU sugar production to only 80% of EU demand and they have driven EU sugar prices up dramatically – the EU white sugar price is now over 50% higher than world market and EU reference prices (as reported by the European Commission), even though EU production costs have decreased since the 2006 reform. The current regime also restricts the production of isoglucose, a cereal based sugar derived from EU maize or wheat starch, to just 5% of the total EU sugar quota. This puts EU food and drink producers – Europe’s largest manufacturing sector, more than 90% of which are Small and Medium-sized Enterprises – at a competitive disadvantage in price sensitive global markets. This is a major strategic mistake.

The mistake is graver because the maintenance of sugar quotas prevents EU sugar producers from benefiting from the shortage of domestic supply and growing global demand. These are opportunities that can be exploited if the production and export restrictions, which the quota system imposes, are removed.

Europe cannot afford to hamper its own competitiveness and lose ground in growing global markets. Yet this is precisely what Europe risks doing if the anachronistic and counterproductive production quotas are maintained. The top priorities for the EU at present are jobs, competitiveness and growth. Continuation of EU sugar quotas delivers on none of these.

We call on you to ensure that the previously agreed expiry of sugar production quotas in 2015 is maintained as per current law and in line with the proposal of the European Commission.

Your active support is urgently needed, as the European Parliament will be voting on this matter in plenary mid-March, and the Council is in the process of establishing its position ahead of inter-institutional trilogue negotiations scheduled to begin by end of March.

We hope that you can contribute to securing the rapid end of anti-competitive sugar quotas and to giving a boost to European production, exports and job creation.