In this era of ever more rapid throughput in food processes, maximising aspects such as crystallisation are of major importance. In fat-based products it is not always as easy as simply cooling the product a bit more and hoping that it will speed things up sufficiently because many fats supercool and need a helping hand as far as crystallisation is concerned. That ‘helping hand’ comes in the form of crystallisation starters and promoters. 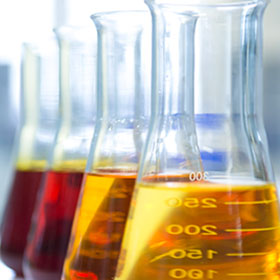 Starters and promoters are usually high melting triglycerides which, in order to enhance their solid fat content and therefore their functionality in starting and promoting crystallisation, have often been fully or almost fully hydrogenated vegetable oils. This is a problem both for retailers and especially consumers because, over recent years, they have been educated to associate the word ‘hydrogenated’ with the presence of trans fatty acids. In turn, they associate the presence of trans fatty acids with health risks. This means that a crystallisation starter that is made from non-hydrogenated fats will appeal to both consumers and retailers because of its cleaner label.

In moving from a fully hydrogenated fat to a non-hydrogenated fat as a means of enhancing crystallisation on a high-speed production line, it is important that the new fat at least matches the performance of the old hydrogenated fats. As well as this, shelf life is a further aspect to take into consideration. Manufacturers and retailers are always looking for ways to extend product shelf life, and some of the confectionery products that crystallisation starters and promoters are used in suffer from shelf life issues. For example, these ingredients are often used in chocolate spreads and nut spreads. Because of their relatively low viscosity they can occasionally ‘oil out’, meaning that some of the oil in the spread separates out and forms a ‘pool’ on the top of the spread. Crystallisation starters are also used in chocolate-flavoured compound coatings where they help to reduce the uneven appearance called ‘mottling’2. They can also help to extend the shelf life of such coatings by slowing down the formation of white films of fat (fat bloom) on the surface of the coating. Any changes made from a fully hydrogenated to a non-hydrogenated crystallisation starter must also address these issues.

Historically, the most commonly used crystallisation starters in confectionery products have been either fully hydrogenated palm oil (PO60) or the high melting stearin fraction of palm oil (POs). While PO60 is hydrogenated, PO is not. However, the functionality of PO is not as good as that of the hydrogenated PO60, mainly because its melting profile as measured by solid fat content is not as good or as high as that of PO60 (i.e. it has to be used at higher levels to achieve the same effect). The need for a non-hydrogenated crystallisation starter with the functionality at least that of PO60 resulted in the development of our CristalGreen™ product, which was awarded with the FI Excellence award in the Confectionery category at the 2013 Food Ingredients Europe event.

Amongst other technologies, we have developed expertise in two types of oil modification technology, both of which are crucial in achieving this functionality: fractionation and enzymatic rearrangement.

Processes that rearrange the fatty acid groups on the glycerol backbone of a triglyceride molecule have long been used to change the melting profile of fats or blends of fats. Such a process is often called interesterification and historically, has been catalysed by chemicals such as sodium or sodium methoxide. In the current climate of moving away as far as is possible from chemical processes, chemically catalysed interesterification is increasingly being seen as potentially problematic. The alternative is to use an enzyme. Over the years, we have done considerable research into the process of enzymatic rearrangement culminating in the construction of a full scale production unit near Rotterdam in The Netherlands4. Enzymatic rearrangement is the eco-friendly alternative to chemical interesterification. It uses lower temperatures, less energy and less water and so is ideal for making a new, consumer-friendly product.

We used both fractionation and enzymatic rearrangement to achieve the triglyceride composition necessary to match the functionality of PO60 without the use of hydrogenation. First we fractionate a conventional palm stearin from palm oil. This stearin is then enzymatically rearranged before fractionating again to obtain the desired high melting, high solid fat fraction.

One of the applications to benefit from this development is in compound coatings. These are confectionery coatings that look and taste like chocolate but whose main fat is a cocoa butter alternative rather than cocoa butter itself. They are used in cheaper confectionery products such as bakery coatings and wafer coatings as well as in solutions for home baking. They are often based on lauric fats such as palm kernel stearin. Lauric fats are known to crystallise quite quickly but, in this day and age of rapid throughput, even they need a helping hand. Figure 2 compares PO60 and CristalGreen™ as crystallisation promoters in palm kernel stearin. PO60 does have a slight edge but this is hydrogenated and has to be labelled as such, whereas our alternative offers a ‘clean’ ingredient declaration.

Crystallisation speed is not the only issue we have addressed in palm kernel stearin compound coatings. Recrystallisation on storage, often resulting in the formation of fat bloom on the surface of the coating, is a problem that can beset these types of coating. Table 1 shows the content such a palm kernel stearin-based coating. To this coating, 0.4% lecithin and either 0.8%wt PO60 or 0.8%wt CristalGreen™ were added. Bars were then moulded at 50°C and cooled at 13°C.

The bar containing CristalGreen™ demoulded 33% more quickly than the reference bar containing PO60. Both sets of bars were stored for up to six months at 15°C, 20°C and 25°C and a trained panel evaluated the bars throughout this time for gloss and bloom. The evaluation showed that bars with PO60-based coatings lost their gloss immediately at any temperature and developed strong bloom within 1 week at 20°C and even sooner at 25°C. Bars containing CristalGreenTM on the other hand retained their gloss and did not develop bloom for up to six months. These results can be seen visually in Figure 3, which shows the two differently formulated bars after six months storage at 25°C.

This of course is not the only application as this process has already been used in nut and chocolate spreads to prevent the oil exudation that results in oily ‘puddles’ on the surface. We are currently opening up further areas of application through our ‘Creative Studio’. This allows clients to work with the company’s application experts to, together, create new technologies, new applications and new products. Two examples we are currently working on are high melting triglycerides for hardstock in margarines and fat-based spreads; and optimisation of flavour release. There is no doubt that working in this way with clients results in an optimal balance between market pull and technology push, resulting in new applications.

Geoff Talbot (also known as The Fat Consultant) has spent 46 years in the food industry, mainly with Unilever and Loders Croklaan before branching out into consultancy in 2003. He writes and lectures widely and runs training courses on all aspects of fats and oils technology and use. He has written and edited books on confectionery and on saturated fat reduction and is now editing a book on specialty fats and oils.

Helga Manson holds a bachelor’s degree in Chemical Engineering from the Technical College in Groningen. As an application technologist she has led the application lab and for the past 12 years, has been Application and Technical Support Manager at Loders Croklaan in The Netherlands.