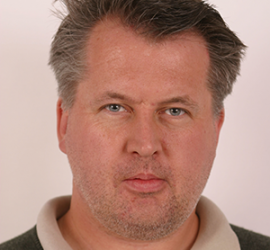 Petter’s qualifications include an M.Sc. in software engineering, applied mathematics and operational research from University of Strathclyde, Glasgow, 1986 and a Dr.philos in food traceability from University of Tromsoe, Norway, 2017.

He is now Senior scientist at department for Industrial Economics and has worked at Nofima since 1993. He works with applications of ICT in the food industry, especially related to information logistics, traceability, IoT, blockchain technology, authenticity, fraud, production management, simulation, sustainability and decision support systems. Petter serves as an adviser to FAO, EFSA, WWF, the EC, and several EU-funded projects on these subjects. He is the co-ordinator of the EU 5FP TraceFish project, the EU 7FP WhiteFish project, and several Nordic and national projects. He is also WP leader in numerous national and international projects including EU 6FP TRACE, EU 7FP MareFrame and FoodIntegrity, and H2020 PrimeFish, ClimeFish, FarFish, Authent-Net, and EU-China-Safe. Petter is the author or co-author of 3 European standards (CWAs), 2 ISO standards (ISO 12875 and 12877) and more than 20 peer-refereed scientific publications.