Fears are growing that without timely intervention to stem outbreaks of the avian flu virus H5N1 across West Africa, further spread is inevitable… 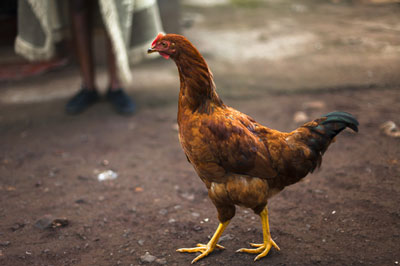 Fears are growing that without timely intervention to stem outbreaks of the highly virulent avian flu virus H5N1 across West Africa, further spread across the region and beyond is inevitable, the Food and Agricultural Organisation of the United Nations (FAO) said today. FAO is now calling for $20 million for prevention and response activities.

The call follows outbreaks of the virus in poultry farms, markets and family holdings in Nigeria, Burkina Faso, Niger, Cote d’Ivoire and Ghana.

The outbreak comes as countries across West Africa are still recovering from, and in some cases still battling, Ebola. Avian flu could trigger a mass die-off of chicken with detrimental impacts on diets and on the economy of the region, exacerbating an already difficult situation.

Previous strains of the virus have been circulating in Asia since the early 2000s and in Egypt for almost 10 years. The H5N1 strain has caused the death of tens of millions of poultry and losses of tens of billions of dollars.

While the first incursion of the H5N1 in West Africa occurred in 2006 it was eliminated by 2008. In late 2014, however, the virus was re-introduced in Nigeria, where it spread rapidly in the following three months – to date more than 1.6 million birds have been culled or have died from the virus.

Because the disease can be transmitted to humans, FAO is working closely with the World Health Organisation (WHO) on country assessments, contingency plans, offering technical assistance and investigating potential flu cases and the source of infection.

Urgent action is needed to tackle H5N1 in the region

“Based on what we do know, there is a real risk of further virus spread. Urgent action is needed to strengthen veterinary investigation and reporting systems in the region and tackle the disease at the root, before there is a spillover to humans,” said Juan Lubroth, Chief of FAO’s Animal Health Service Division.

FAO’s appeal for $20 million for prevention and response foresees bolstering weak veterinary systems, improving the capabilities of local laboratories and putting FAO specialists on the ground in affected and at-risk countries.

In the countries that have experienced outbreaks, response interventions include destruction of infected and exposed poultry, disinfection of premises and markets and the safe disposal of dead birds.

Veterinary officers, meanwhile, are encouraged to use basic techniques like “trace-forward” –  which looks at where infected animals have been sold or moved to – and “trace backward” – examining where infected animals were purchased or where they came from – to find sources with the ultimate goal of halting continuous virus introduction or further spread.

“We’re looking at a disease – H5N1 – that has already spread to five countries in six months. We have to make a concerted effort to stop it in its tracks and we have to do it now,” Lubroth said.