United Biscuits appoints two new members to its Advisory Board

United Biscuits, a manufacturer of biscuits and cakes, has today announced the addition of two international business executives to its Advisory Board… 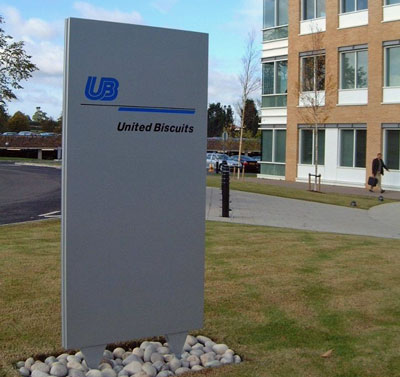 United Biscuits, a leading international manufacturer of biscuits and cakes, has today announced the addition of two international business executives to its Advisory Board. United Biscuits has appointed Helen Pitcher and Marco Jesi to the Advisory Board.

Helen Pitcher joins the Advisory Board as Senior Independent Director. She is a leading organisational performance coach and mentor with a worldwide network and has held a variety of senior roles in blue-chip companies. In her subsequent consulting career, Helen was Chairman of IDDAS (a leading board effectiveness consultancy) and was previously Chairman and CEO of Cedar. Helen is Chair of Advanced Boardroom Excellence, a panel member of the Employment Appeal Tribunal, Chair of the Selection Panel for Queen’s Counsel, Chair of KidsOut and a Trustee and fundraiser for several other charities. She has also been appointed to a Special Appeals Panel for returning Armed Forces veterans.

Helen Pitcher, newly appointed Senior Independent Director said, “I am honoured and excited to join the United Biscuits Advisory Board, it enables me to utilise not only my knowledge and experience of major corporate issues, but also knowledge and experience of the sector, gained in my early career in roles in Weetabix, Northern Foods and Grand Metropolitan and subsequently in my consultancy career.”

Pitcher will be joined by Marco Jesi, another senior executive who has held top management positions for successful consumer business throughout his career. He started his management career with Unilever, Kraft and Johnson Wax. Marco also held top management positions in Seagram’s and PepsiCo Europe in Spain and Switzerland. Marco served as Executive Chairman and CEO of Galbani as well as Non-Executive Chairman of Argenta Spa, the leading vending company in Italy, and Arcaplanet, the biggest Italian retail chain of pet care and food products.

Marco Jesi, newly appointed Independent Director said, “I look forward to contributing to the future success of United Biscuits, leveraging my thirty years of experience of packaged goods and savoury snacks both in Europe and overseas.”

Jeff van der Eems, CEO of United Biscuits, commented, “I am delighted to announce the addition of Helen and Marco to our Advisory Board. I am confident they will help support our ambitious growth agenda. There is huge potential for our brands to continue to grow both at home and abroad as we build on United Biscuits’ strong foundations and expand our share of the biscuit and snacking markets.”